If you have been to Tokyo, you know that there is nothing glamorous about the JR line. It is a convenient way to travel around Tokyo without getting lost as it is a closed circle deserving some of the best locations in the city. That being said the JR East Cruise Train will make you want to book a ticket to Narita … as soon as 2017 comes.

JR East railways have teamed up with Ferrari designer Ken Okuyama to unveil a blueprint of plans for the luxury ‘Cruise Train’ which has a $55 million price tag. 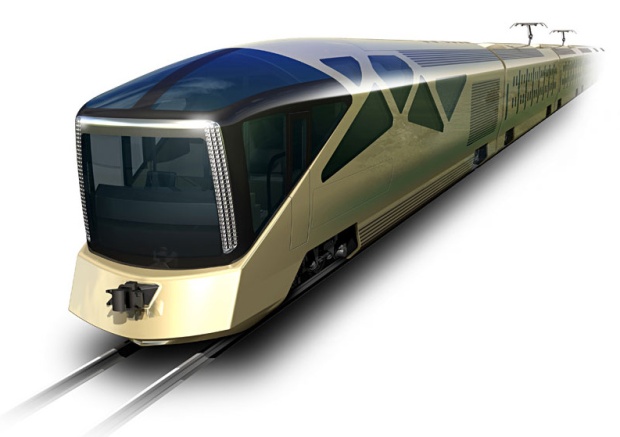 The JR East Cruise Train set to launch in Japan in 2017, is promising to take ultra-luxury rail travel to new heights. Accommodating a cozy 34 guests in its 10 cars, the rain will include two glass-walled observation decks at both ends for gorgeous views. Atmosphere will be everything, with furniture conveying the nobility of traditional Japanese culture. Each suite will have a private bathroom with a shower and toilet, while the top sleeping space will be a split-level deluxe suite sleeping four. Designer Ken Okuyama, who has helped create Ferraris, Porsches and Maseratis, is the mastermind behind the $55 million project. Prices start at $1,765 per person for a two-night trip.

There is something so peaceful about train travel, maybe it is because plane travel has become such a nightmare today, but being able to see lands, forests, cities, rivers, beaches, mountains … has something very relaxing. It is also about taking time to enjoy things and not rush to your final destination which by the way is never final. Leave it to the Japanese to once again amaze us. The design is chic and organic. One other thing you can be sure of is the incomparable service you get in Japan. 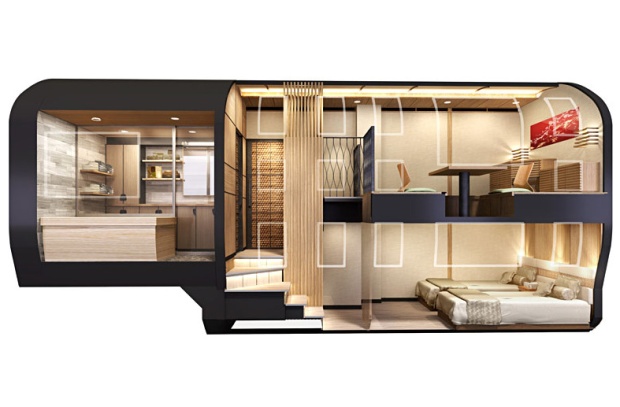